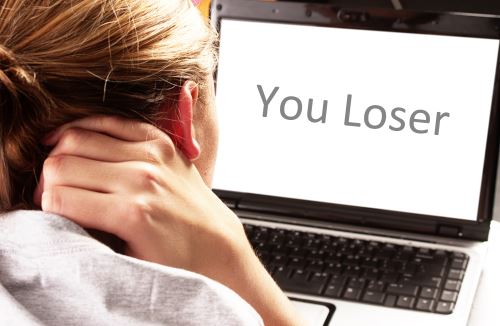 Bullying affects lots of young people and is defined as repeated behaviour which is intended to hurt someone either emotionally or physically. It is often aimed at certain people because of their race, religion, gender or sexual orientation or any other aspect such as appearance or disability.

Bullying can take many forms including:

• posting insulting messages or rumours, in person on the internet or by IM (cyberbullying)

Cyber bullying is bullying through a mobile phone or online (e.g. by email, instant messenger or on social network sites).

If you would like support and advice on all aspects of bullying including cyberbullying you can talk to a Family Support Worker through Live Chat, email or call the confidential helpline on 0808 800 2222

Being bullied? Feeling worried or unsafe? Whatever you are going through Childline can support you. Visit this page for more information on types of bullying and to get advice and support. Call 0800 1111

Kidscape have plenty of advice and practical tips on how you can build up your confidence when exposed to bullying.